"I started pretending I was a disc-jockey in my bedroom from an early age and was the DJ for my cousin’s wedding when I was around 12 years old," says Danny. "I was also the DJ at my local youth club and secondary school in Salford. I remember trying to put on our own Michael Jackson Thriller show at primary school when the album came out, and I produced that!

"Around this time, I was also gaining an interest in radio, and from age 14, I was lucky enough to be invited into Piccadilly Radio in Manchester to be involved in a Saturday morning show. I stuck around and later that year started appearing on shows and eventually got my own show on Key 103, aged just 18. I worked there full time from then on throughout the 90s progressing to head producer. It was great times, and I’ve stuck in radio ever since, including stints hosting the Century/Real Breakfast show, a weekend network show for The Local Radio Group which was broadcast live to 27 stations around the UK, Capital Gold Breakfast and 10 years on The Bay Breakfast.

"Broadcasting to a large area from North Lancashire and South Cumbria, including places like Lancaster, Morecambe, Windermere, Barrow, Ulverston and Kendal. We won several UK commercial radio awards, including the best local breakfast show in the UK in 2012 and many accolades for our coverage of Storm Desmond in 2015, which led to me attending a Buckingham Palace Garden Party. The Bay became Heart, and I was lucky enough to be asked to stay on hosting the show for another year until the studios closed down in 2019. I’ve now been asked to be part of the new Bay Radio team that launches later this year on DAB, which is very exciting.

"Alongside radio, I’ve kept being a DJ and hosting events, particularly over the last 12 years or so since working on The Bay. I’ve hosted big award ceremonies like The Cumbria Pride Awards, MC’d festivals to 10,000 audiences such as Morecambe Carnival, presented charity balls, personal appearances, promotions, corporate work, private parties, weddings and much more.

"My main line of work now is weddings, and I love being a small part of someone’s big day! Sometimes it’s DJing at an evening reception, other times couples ask me to act as MC throughout the day and play background music when needed. I used to speak to lots of couples who were getting married on the air, so it’s great to be a part of the memories. It’s about 50/50 with couples who know me from radio in North Lancashire, South Cumbria and The Lakes and those who don’t from further afield, which is a great mix.

"I love to be on hand anytime for couples to get in touch with any questions during the wedding planning. There are many kinds of weddings, some brides and grooms just want a good old simple knees-up with party tunes and leave all that to me, and others want a very precisely planned event with certain music, games, acts, instructions to make sure it’s exactly as they want, after all, it is their day, and I’m more than happy to oblige." 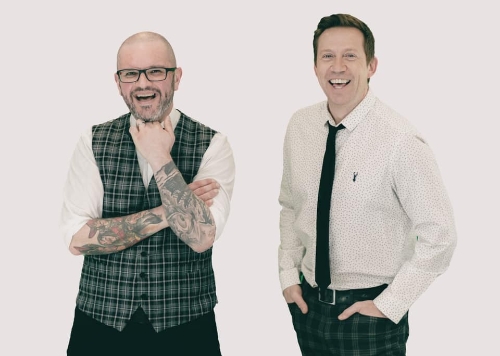 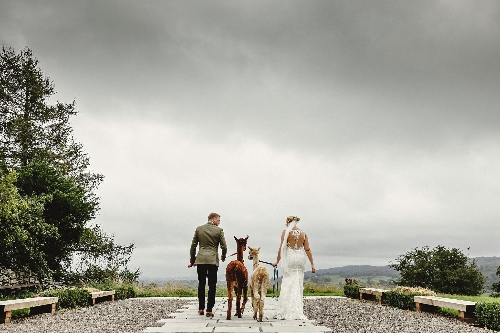 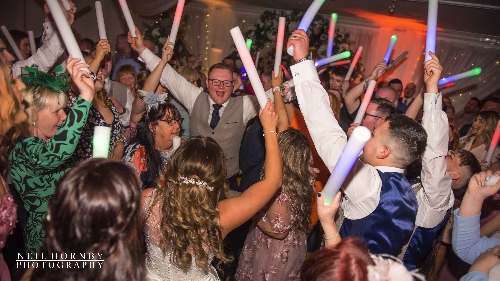 The Photography Show & The Video Show is...

We adore this bright and colourful shoot at Holmes Mill

This styled shoot was put together by Wildfire Floral Co. "As creatives, we wanted to...

Take a peek at The Lowry Hotel

The Lowry Hotel makes a gorgeous backdrop for weddings with floor-to-ceiling windows that provide lots of natural...

Inspiration from our great team of Editors at County Wedding Magazines!

To help you find inspiration for your big day, take a look at what's caught the eye of our editors.

There are literally hundreds of ideas, products and services from wedding suppliers across the UK along with links to their web sites as pointed out by our ever resourceful team.

Take a look at what our Editors Love!